With $7.1 billion in assets under administration by staff working out of 40 branches, 28 insurance offices and two administration centres in BC's Lower Mainland, Fraser Valley, Kitimat and the Okanagan, Similkameen and Thompson valleys, First West Credit Union is the third-largest credit union in British Columbia. 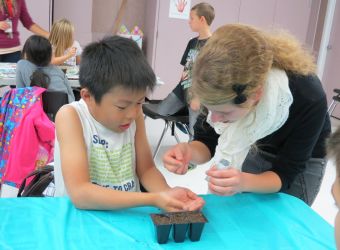 The Green4Good process is quite transparent to us and has freed-up valuable IT staff time.

In the absence of an efficient way to handle the disposition of end-of-life IT assets, stockrooms at First West were often filled with old, broken computer equipment – mainly desktops, laptops, monitors and printers – that was taking up valuable space. Although IT management at First West had a process for getting rid of old equipment, which involved recycling some assets and donating others, the manual process took considerable time and effort. Data-wiping procedures used to ensure the security and privacy of confidential corporate and member data added further to the lengthy process.

First West turned to the Green4Good program from Compugen Finance for help with IT asset disposition. When the firm has decommissioned equipment ready for disposal, Compugen Finance picks up the equipment, performs data-wiping and then either recycles or resells each asset based on whether it has any residual value. Net proceeds from the resale of assets go back to First West.

"I have personally been working with Compugen since about 2002 and have developed a strong relationship with them, so after several discussions about their asset disposition capabilities, I asked for their help, especially when I learned about their Green4Good program," says Satvir Thandi, VP of IT, Operations & Enterprise Solutions at First West.

According to Thandi, their IT asset disposition process is now considerably more efficient. In addition, the net proceeds from the resale of decommissioned IT assets not only help First West offset its overall disposition costs but are also helping First West meet its charitable goals. Some of the proceeds are being donated to the First West Foundation, the private charitable arm of First West Credit Union, to support a wide variety of projects in the communities served by First West and its regional divisions.

"Green4Good offers an ethical way to dispose of old IT equipment, which aligns well with our desire to help the environment and our communities," says Thandi.