BC Citizens supported by programs & services

First Nations Health Authority is responsible for the planning, management, service delivery and funding of health programs, in partnership with First Nations communities in BC. Their vision is to transform the health and well-being of BC's First Nations and Aboriginal people by dramatically changing healthcare for the better. 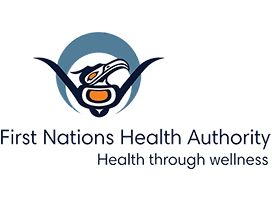 The Compugen team was instrumental in establishing the tricky network connectivity between the two data centers.

The global trend in the last 20 years towards digitalization in healthcare has resulted in a huge step forward in overall patient care. The advent of new technologies such as electronic health records (EHR), patient portals, and remote physician care have made the collection and disbursement of patient information much more efficient. This has led to much better overall patient care and outcomes.

And yet, the new world order of digital healthcare also presents a massive vulnerability – what happens if access to all this patient information is suddenly taken away? Whether it's due to a system-wide infrastructure failure or the malicious act of hacker or malware hitting the system, loss of access can be serious and potentially, life-threatening. The latter scenario is not merely a hypothetical. In June of 2017, the Wannacry virus attack resulted in canceled appointments across many hospitals in the UK when they were left unable to access basic medical records. In one instance a hospital was forced to cancel operations as well as nearly 7,000 patient appointments as a result.

The potential of a similar threat spurred the British Columbia government to require all health authorities in the province to install a second, duplicate datacentre for quick disaster recovery. In the event of system-wide data loss, the second datacenter would ensure the patient experience would not be negatively impacted by cancelled appointments or other healthcare interruptions. At the time, none of the provincial health authorities had a second datacentre location; who would be the first to rise to the challenge and how would they make it happen?

The First Nations Health Authority (FNHA) immediately saw the benefit and started working on their solution. They knew right away that it would take multiple technology vendors to be achieve a system that provided the leading edge security and level of connectivity a second data centre required. To help choose the best technology, implement and manage the project, they needed the right partner. FNHA chose Compugen based on their strong experience, and capability to take the project from architecture through to implementation with the technologies required for their second datacentre.

"We made the decision to leverage cutting-edge technology for a second datacentre because when you work with Health records and other critical systems, you need complete assurance that the information will be protected." Said FNHA's IT manager, Valeriu Surdu.

The 'secret sauce' in making this project come together was the combination of Compugen's expertise and the Nutanix hyper-converged technology.

"The Compugen team was instrumental in establishing the tricky network connectivity between the two data centers," said Surdu. "Their work has ensured that the data arriving at our secondary site is in usable form."

The new hyper-converged solution offers FNHA a virtualized platform for multiple eHealth applications such as Meditech and Cerner. It requires less support from the team, has lower power requirements and costs, and uses less physical space; all driving a faster than expected return on investment. FNHA expects to see a full ROI within the first 6 to 8 months.

Ultimately, FNHA became the first BC Health Authority with a fully-functional second datacentre in place. In the unfortunate event of a system-wide failure, the second datacentre can be accessed within five to nine minutes. The end result is peace of mind for all involved.

"If something were to happen to our primary datacentre, we now have the capacity to bring everything in our secondary site online quickly," Surdu explained. "Our healthcare records are that much more secure as a result, and we have an assurance of support even under catastrophic conditions."

"A lot of organizations, including BC's eight other health authorities, don't have the kind of resiliency we have today," Surdu said. "FNHA's disaster recovery site is the first of its kind in BC. I'd say it's been an absolute success for everyone involved."